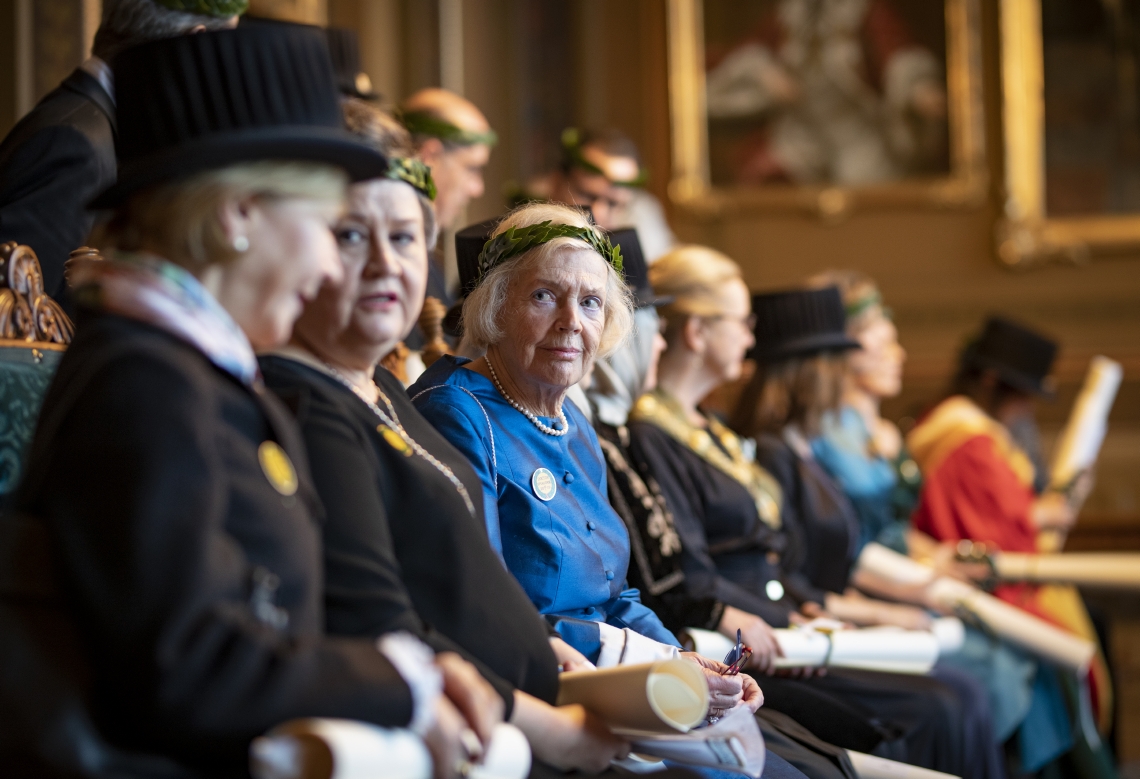 Since 1839 honorary doctorates have been conferred at Swedish universities and university colleges. Today this has become custom and occur on a yearly basis.

Search our database of honorary doctorates

To create an honorary doctor

Who can nominate a person for an honorary doctorate?

Nominations can only be made by members of the faculty that decides upon the honorary doctorate in question. It is of course possible for an external person to make the faculty attentive of a certain candidate suitable for receiving an honorary doctorate. In such case the initiator should make contact with the dean of the faculty, or a member of the faculty, to discuss the issue in person. For a proposal to reach the faculty board it is imperative that a faculty member is in support of it. The faculty is not obliged to hear and try a proposal made by an external actor alone. It should be stressed that confidentiality is of the essence during the process of deciding upon an honorary doctorate. Proposals cannot be made public or available to a greater extent of persons than needed before a decision has been taken and made public. Confidentiality should also be strictly adhered to in cases when proposals has not been approved. It is a neccessity for the decision making body that confidentiality is uphold so decisions and deliberations can be made as unaffected as possible.

Who can become an honorary doctor?

In general any person may recieve an honorary doctorate. It can be a foreign or Swedish citizen. There is one excemption. If a person already has the degree in question it should be noted that he or she may not be given the same degree once again. The following principles are applied:

A faculty that wants to reward a person for its achievements and contributions and discovers that the person already has the degree in question is advised to find other means for rewarding the person. This may be other honours, awards, scholarships, distinctions or other forms of rewards that may suit the occasion.

What privileges has an honorary doctor?

A person that has received an honorary doctorate has the privilege to call himself or herself for example filosofie doktor (Swedish title) with or without the suffix honoris causa (h.c.) according to the person’s own desire. An honorary doctorate may traditionally give the person the right to teach within academia but has no other official or financial privileges. By conferring an honorary doctorate upon a person, that person is made part of the research community at the university or university college in question. Hence, it is good custom to keep in contact with the newly conferred doctor from that day onwards.